Aluminum Wiring: Why Is It A Concern? 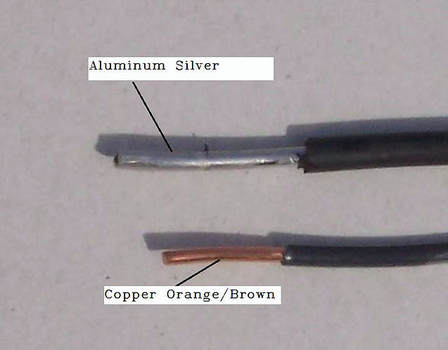 I often hear people say that aluminum wiring is not allowed or has been “outlawed” for use in residential construction. This is not true. It is still very much allowed when installed properly.

Traditionally, copper has been (and still is) the preferred conductor since electricity’s inception in the late 1800’s. It wasn’t until the 1960’s, at the height of the Vietnam War era, that aluminum wiring began to be used in American homes. Copper prices were sky high as it was being used to make munitions and other products for military use. Home builders had to find an affordable alternative. That alternative was aluminum.

It is well known that copper is a better electrical conductor than aluminum. The manufacturers and rating agencies knew this and required aluminum wire be sized one gauge larger than copper wire to carry the same current. Where a branch circuit to a light fixture is traditionally ran with 14 gauge copper, it would have to be ran with 12 gauge aluminum. The smaller the the gauge, the larger the wire.

Problems began to arise a short time after aluminum wire became widely used. Issues included lights flickering, cover plates on switches and receptacles would be warm to the touch, and burnt wire insulation. These were all caused by the aluminum wire overheating for several reasons we will look at below.

Aluminum wire is softer that copper which made it much more susceptible to cuts and nicks when removing insulation to make connections. When an area of a wire is damaged, that place becomes a hot spot that will overheat.

When electricity passes through a wire, it heats up. When metal heats up, it expands, and, consequently. it contracts when it cools down. Aluminum has a higher expansion rate than copper. The expansion and contraction cycle due to heating and cooling would cause what is referred to as “creep.” When connected to outlets not approved for use with aluminum wire, the wire would literally creep out from under the terminal screw holding the wire down. This created a loose connection that would overheat.
​
Oxidation

As with any metal, aluminum will oxidize, more commonly known as rusting. The difference between copper and aluminum is that the rust formed on copper is still a good electrical conductor. The rust that forms on aluminum does not conduct electricity well at all. It creates resistance that will cause overheating. 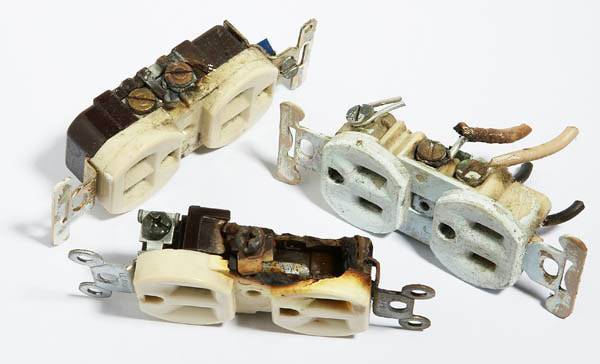 The problems noted above all occurred at the connection points like those receptacles, switches, light fixtures and at the main panel. The way to prevent these issues was, and still is, to use special connectors approved for use with both copper and aluminum. There were receptacles, switches, wire nuts, breakers and other electrical devices designed for this purpose. They should be marked or labeled with one of three markings: CO/ALR, AL-CU, or CU-AL.

Stay tuned for my next post in which I will discuss more issues associated with aluminum wiring, insurance companies, and what to do if your house has aluminum wiring.